Review of Paul, our China travel expert on Jiayuguan - 嘉峪关

In the north of China, Gansu is not necessarily the best known province of the country even if the tourist interests are not lacking. The city of Jiayuguan is populated by about 300,000 inhabitants. It is at the entrance to the Gobi Desert and near the Qilian Mountains. The history of Jiayuguan, one of the first cities in the province, dates back more than 600 years. The city was then a strategic crossing on the old Silk Road.

What to visit in Jiayuguan?

At the time of the Ming Dynasty, a gigantic fortress was built to defend the borders of the Chinese Empire. A true community then settled there. Today, locals like to tell old stories about building the ramparts and bridges of the fort. It is one of the best preserved military buildings in the country. The view at the top of the towers overlooking the Gobi Desert is divine. The Jiayuguan Fortress had a strategic place, it locked the Gansu corridor. It is located on the Silk Road to the passage that separates the Qilian Shan from Heishan. It was founded in 1372 and restored in 1987.From the top of towers higher than 10m, you can enjoy a panoramic view of the desert. The fortress includes several buildings including a temple and a theater where Qing soldiers entertained themselves. Despite several reconstructions, some parts have kept their original appearance. This gives an even more striking appearance. It is possible to stroll in the ramparts.

The Hanging Great Wall is the other jewel of the Great Wall of China to be located in Jiayuguan City. Because of the inclination of the walls at 45 degrees, one might think that the walls have suddenly fallen from the sky. Over the years, these ramparts have been developed and now form as an expansion of the fortress. Originally, the walls were more than 1.5 km long but it remains only 750 m. Stairs were built to access the towers. There is no less than 400 walks. The museum of the great wall gathers photographs of the Great Wall of the northern part far from the classical tourist routes. The story is also traced from the Han. The photographs represent parts of the wall in different places and at different times specifying the different materials used.

Jiayuguan Airport is 12 km northeast of the city center. It is connected to the cities of Dunhuang, Lanzhou, Urumqi and Xi’an. Another solution to join Jiayuguan is to take the train from Lanzhou, Shanghai or Beijing for example. The night train from Lanzhou is very convenient. The sites of interest that are the Museum of the Great Wall or the Tomb of Wei and Jin are accessible by taxi since they are about fifteen kilometers from Jiayuguan.

When to go to Jiayuguan?

The city is in a temperate zone with a rather dry climate. The winter is quite cold with temperatures around 6 ° C. Summer is however much warmer as the thermometer rises considerably. We advise you to visit the region between May and October because it is at this time of the year that the climate is the most favorable and the most pleasant. More information on Gansu’s weather can be found on the Silk Road Weather page. 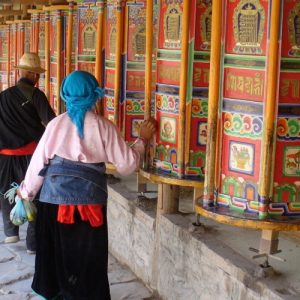 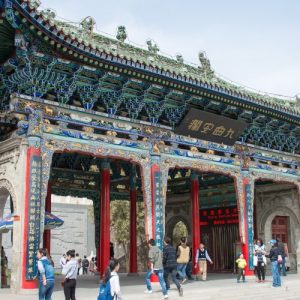 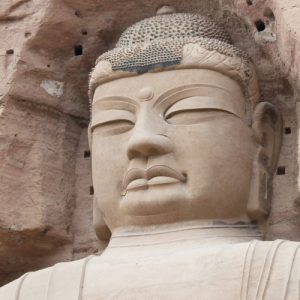 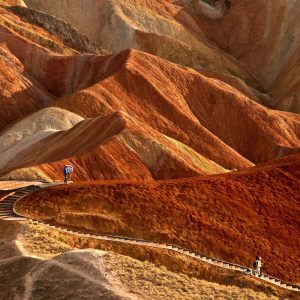 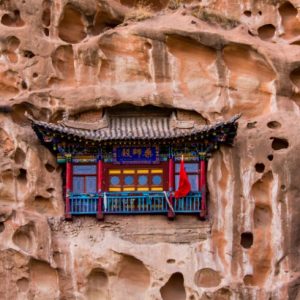