Traditional theater goes back far in Chinese history. In the 13th century, he had already taken on a completed artistic form. Over the years, he has perfected a whole series of performance techniques: songs, gestures, declamations and stylized battles, forming a scenic game of high artistic value.Because of the vast expanse of the country and the many nationalities that make up its population, the regions differ from each other in their dialect or language, their costumes, their popular songs and their music, differences that would have generated various regional theaters. According to the latest statistics, there are 368 across the country. Some have spread widely to become nationally recognized genres, such as Beijing Opera, Sichuan, Zhejiang, Anhui, Canton.The Sichuan opera is famous for presenting epic stories including the time of the three kingdoms. His star arts are the quick change of face and the spitting of fire.The show generally presents different arts in addition to these last two, for example: shadow theater, demonstration of the traditional Erhu guitar, puppetry, comic sketches, acrobatics …The characters of Sichuan Opera are subdivided into several well-defined categories according to their age and character:The Dan plays the female role, the Sheng the main male role, the Chou the role of the honest and respectable type, whose buffoon side makes laugh the spectators, the Jin or the Hualian the role of the adventurer, with the multicolored face.The spectators easily distinguish the brave and the felons according to the colors of the masks: the red symbolizes loyalty and courage; yellow insight; white cunning; blackness strength or integrity. The multicolored costumes (red, green, yellow, white, black and blue) embroidered with bright patterns are different for each character.Ticket Price: Performances take place every night for around 100 to 200 yuan / person.Access: Nanjiao and Wenhua Parks both have shows. Furongguocui is also a frequented private room. 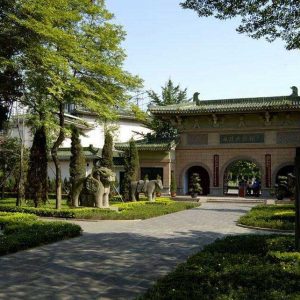 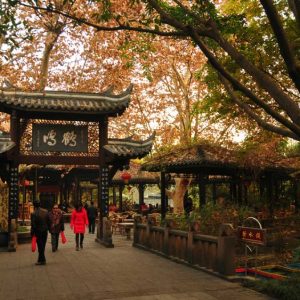 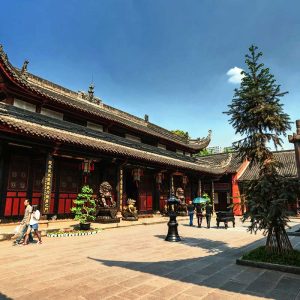 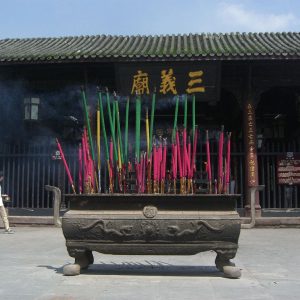 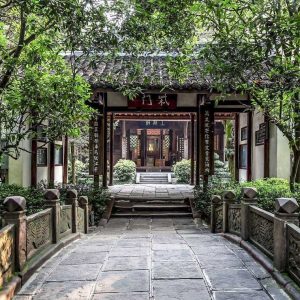