Zunyi County, located in northern Guizhou, is composed of Honghuagang District and 12 other Districts. The Sichuan-Guizhou railway line crosses it. There is former headquarters of the Zunyi merge, tomb of the hero of the Red Aimee, Xiangshansi Temple, Yangcan Tomb, Taoxisi Temple, Loushanguan Pass, Chishui Scenic Area, Natural Reserve of Vascular Cryptogamous (cyathea spinulosa). Zunyi City is an ancient city in the Guizhou Plateau. It is one of the famous national cities of history and culture and the tourist center in northern Guizhou.

Former headquarters of the merge, Zunyi is located in the city of Honghuagang district. It is a two-story building overlooking the north. The Red Army undertaking the Long March arrived in Zunyi in January 1935. The Political Bureau of the CPC Central Committee convened the “Zunyi Meeting” in this Mid-Chinese Mid-West building in a Wood Brick Structure. It is an event of great historical significance.

The scenic area of Chishui is in northwestern Guizhou. There are five categories of natural landscapes (waterfalls, sea of bamboos, vascular cryptogams, red earth and virgin forest) and the historical and cultural traces of the Long March. It has for important sites waterfall of Shizhangdong, sea of Hushi bamboos, Jinshagou vascular cryptogams, Sidonggou waterfalls, Changqi Lake of the Moon. Chinese and foreign experts also call it “the region of a thousand waterfalls”, “the land of bamboos”, “the kingdom of the vascular cryptogamous”, “the champion of red earth”, and it is worthy of its great reputation. 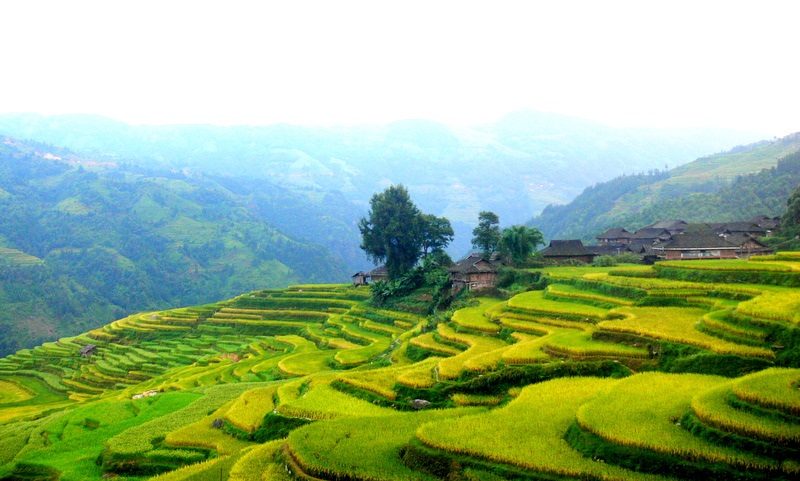