Located in western Henan Province along the Yellow River, Luoyang City is strategically located in central China. It is encircled by mountains and plains. This ancient capital of China once had the reputation of being impregnable. The great Hu Lao and Han Gu Gates were intended to protect it from possible invasions. Luoyang is known for having many historical and cultural sites to explore. The city is often referred to as the capital of poets. Many books were written by Chinese poets who have gathered here. Luoyang covers a little over 15,000 km² and has more than 6 million inhabitants.The history of religion is important in this province. Luoyang was indeed the cradle of Taoism and it is here that the Chinese government built the first Buddhist temple, the Temple of the White Horse. The Longmen Grottoes are an incredible homage to Buddhism. There are more than 100,000 Buddha statues. The Museum of Ancient Tombs is home to sumptuous tombs dating back several hundred years. The Shaolin Temple has seen the birth of many martial arts including kung fu.The province of Luoyang also offers beautiful landscapes. The White Cloud Mountain Park, the Guan Yu Forest and the Xiaolangdi Dam on the Yellow River all deserve a little detour to enjoy nature. The region is also known for its peony culture. In April, an important festival is even dedicated to them.Luoyang has an airport connected to the cities of Shanghai, Beijing and Shenzhen. It is also accessible by train and bus from many major cities including Canton, Xian, Jinan, Wuhan without forgetting of course Shanghai and Beijing. To travel to Luoyang and its surroundings, 2 choices are available to you. A bus network will allow you to reach the main sites of interest for a small fee but you can also travel by taxi. The price per kilometer, however, is more expensive than the bus ticket. You will however be more flexible. The roads are generally in very good condition.When to travel to Luoyang?The region of Luoyang has a temperate climate. The year is divided into four distinct seasons. The average annual temperature is around 15°C. Spring is a dry but windy season where sandstorms are not uncommon. Nevertheless, April is the best month to visit Luoyang because the weather is favorable for outdoor activities. Summer is very hot but extremely rainy. It can still be 30°C in October. Autumn is therefore pleasant but very short. Winter is cold and long.

Where to sleep in Luoyang?

Staying in a good hotel is the beginning of a successful holiday. Indeed, a good accommodation can make your vacation even more exceptional … like a bad one can spoil a stay.Formerly the historic capital of China, Luoyang is full of places to stay. You’ll have something for every budget, from small B&Bs of incomparable charm to large hotels located in the city center, near the main sites to visit, or in the surrounding countryside. That’s why we have selected for you the best hotels in Luoyang, combining comfort and quality of services.

Luoyang 洛阳 : our destinations and visits 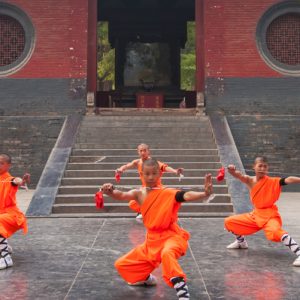 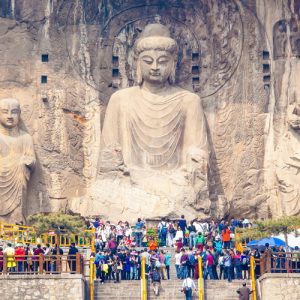 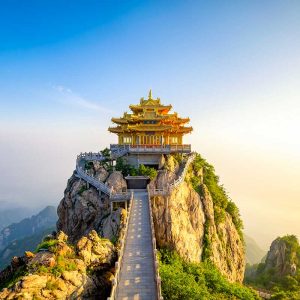 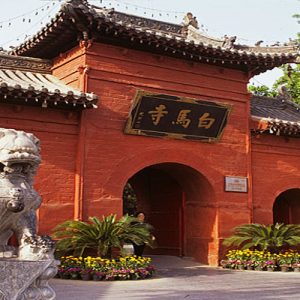