Pekin – now called Beijing – often marks the logical arrival of any trip to China. National capital for 800 years, Beijing is today a tour to the future, controlling a China with rapid development, but also hosts among the most enigmatic and fabulous sites of the history of ancient China, including the temple from Heaven, the Forbidden City and the Beijing Summer Palace.

Take the time to get lost in these old neighborhoods, the Hutongs, all were not destroyed with the 2008 Beijing Olympics! This China, which since a few decades has become somewhat of an endangered species. The effect of the Olympic Games has accentuated the multicolored modernization of a city where skyscrapers that are pointing higher and higher represent the madness of the ambient quantities.

At the same time modern and traditional, the municipality of Beijing conceals of sites to be visited. Tian’anmen Square, the largest square in the world, houses Mao’s mausoleum and some museums on Chinese history and revolution. Fabulous monuments have been classified as Unesco Heritage: the Forbidden City, the Summer Palace or the Temple of Heaven. Each in their own way, they symbolize the frenzy and excessiveness of the Emperors of the Ming and Qing Dynasties. At the turn of the Hutongs, you will discover the Towers of Bell and Drum as well as China real and authentic.

Starting point for many trips to China, let yourself be enchanted by the quaint charm of Beijing, city of past, present and future. Above all, immerse yourself in the grandeur and folly of the first emperor of China through, why not, a hike on the Great Wall of China, between Jingshanling and Simatai.Several choices are available for travel within the city. The metro is fast and inexpensive but offers very few stations even if the main sights are served. The buses are more numerous but difficult to find because the indications are not translated and the risk of falling into traffic jams is high. The taxi remains a fairly common means of transport but the language barrier can be a problem. Just write the address on paper before getting in the car.

When to travel to Beijing?

The Beijing region has long and harsh winters. Between October and April, temperatures can drop to -20 ° C. The rest of the time, it is much hotter but the monsoons settle and the air is therefore very humid. Between June and August, many showers are expected. In short, if you have the choice, it is better to visit Beijing and its region in May or September. You will find more detailed information about the climate in Beijing on the page: Weather Beijing

Where to sleep in Beijing

Staying in a good hotel is one of the first fruits of a successful holiday. Indeed, a good accommodation can make your vacation even more exceptional … like a bad one can spoil a stay.

The huge Chinese capital is full of places to stay. You’ll get something for every budget, from small and charming guest rooms to the great luxury hotels in the city center or near the main sights, or near the airport. That’s why we have selected for you the best hotels in Beijing, combining comfort and quality of services.

Beijing 北京 : our destinations and visits

The Hutong of Beijing - 北京胡同 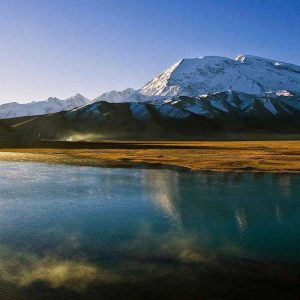 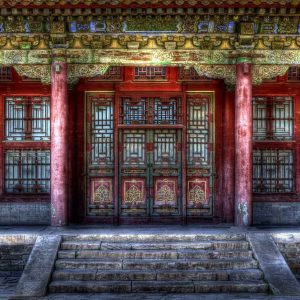