Guizhou is a province in southwestern China known for the presence of many ethnic minority villages with ancestral customs and traditional way of life. With a mosaic of 18 minorities present in the province, the composition of the Guizhou people is such that one-third of the population belongs to these minority groups. We can meet Miao villages, Dong, Hui, Yi, Bouyi, Shui, Zhang or Gejia. This ethnic richness gives the province a unique and authentic character present in the architecture as in the clothing or the gastronomy of the site. The festivals and various celebrations are very numerous throughout the lunar calendar.It is a province renowned for the beauty of its landscapes: the picturesque and natural places are legions. A multitude of Chinese ethnic minorities have lived on these lands for centuries and centuries. Travelers visiting this province can both appreciate the many existing activities and discover the rich and different traditions and customs of each ethnic group.There are four distinct types of landscapes in Guizhou Province: plateaus, mountains, hills and ponds. Rather, hills and mountains predominate. In addition, a number of karstic peaks punctuate the area. Because of these rugged lands, the level of development remains low, especially in rural areas. It is nevertheless this variety of landscapes that contains sublime places in abundance such as Huangguoshu Falls, Dragon Caves, Zhijin Caves or the Danxia Mountains.

From Shanghai or Beijing, it takes 2 to 3 hours by plane to reach Guizhou. The city is connected to most major Chinese cities. Guiyang is well connected by highways and it should also be noted that local roads are in good condition. You can easily find a driver to walk around. The possibilities of trekking are numerous. Guiyang is now connected to Kunming by a fast train.

Climate and weather in Guizhou

Guizhou Province has a subtropical climate with a fairly humid monsoon. The sky is often cloudy and the showers are regular. There are some rather distinct seasons, but generally speaking, it is not too cold in winter and too hot in summer. Travelers appreciate a mild climate. The capital of Guizhou, Guiyang, is known throughout China for being one of the best places to spend the summer because temperatures are moderate. The average annual temperature is around 15 degrees, with average winter temperatures between 1 and 10 degrees, and summer temperatures between 17 and 28 degrees.

Guizhou is a province in southwestern China, sharing its northern border with Sichuan, its western border with Yunnan, its eastern border with Hunan, and finally in the south, the Guangxi Province. The topography of the province is mountainous, and particularly characterized by its karst landscapes of mountains with rounded summit, covered with vegetation. You can see many gorges, caves and a multitude of terraced rice fields. The nature is lush, hence the presence of some beautiful nature reserves populated with rare plant and animal species.In addition, the region is also populated by spectacular karstic caves and formations, embellished by numerous natural spaces and dense forests, sometimes classified as nature reserves. For example, Guizhou is home to the largest waterfalls in Asia, Huangguoshu Falls, near Anshun. Thus, Guizhou Province offers travelers a very complete experience of China.

Guizhou has a population of about 39 million, with one of the richest diversity of Chinese minorities. Indeed, we can meet 18 different minorities, such as Miao, Dong, Hui, Yi, Bouyi, Shui, Zhang or Gejia, who represent nearly 35% of the total population of the province .

Guizhou is the cradle of the famous Maotai, the most popular Chinese liquor (baijiu). It is said that the region has a unique climate that would contribute to the taste of the drink. You will not miss to taste, as a sign of welcome, in the company of locals! The cuisine is considered rather spicy. Note that we cook a lot of dishes with tomato.We will also meet a large number of tobacco fields during a trip to Guizhou. Guizhou is also known for its innumerable villages of different minorities, remained particularly authentic, among which the sublime bridges Wind and Rain of the Dong minority, real architectural treasures.

True to its status as a “forgotten” province, this was also the case during its history. Its climate and topography made life difficult. The first Chinese encampments in charge of keeping control of the region were established in 206 BC. JC. It was not until the Ming Dynasty that Guizhou was placed under Chinese rule and ruled as a province. The first occupants settled in the north and east of the province. The south and west of the province were only populated in the 16th century, after a first wave of significant immigration, which pushed some minority groups off fertile lands. A second wave of immigration from neighboring, overcrowded provinces increased the population of Guizhou, which remained a declining province, with weak communication and transportation infrastructure. In 1938, during the second war against Japan, Chongqing was declared new capital. The Kuomintang nationalists were forced to withdraw further south. It was at this time that began the development of the isolated Guizhou. New roads were built to link the capital to neighboring provinces, a railway line was opened to Guangxi, and industry began to establish in Guiyang and Zunyi. Evolution experienced a moment of decline at the end of the war, but was revived by the construction of roads that inaugurated the industrialization of the region. Nowadays, Guizhou is still considered as a rather undeveloped region, but the fledgling tourism generates the gradual improvement of the transport routes.

When to travel to Guizhou?

Where to stay in Guizhou?

Staying in a good hotel is the beginning of a successful holiday. Indeed, a good accommodation can make your vacation even more exceptional … like a bad one can spoil a stay.Between mountains and traditional villages, Guizhou is full of places to stay. You’ll have something for every budget, from small B&Bs of incomparable charm to large hotels located in the city center, near the main sites to visit, or in the surrounding countryside. That’s why we have selected for you the best hotels in Guizhou, combining comfort and quality of services.

Guizhou 贵州 : our destinations and visits 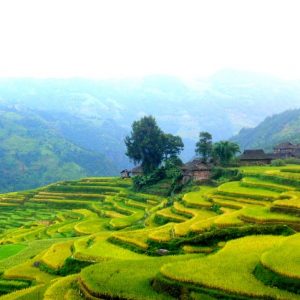 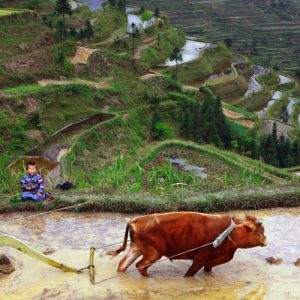 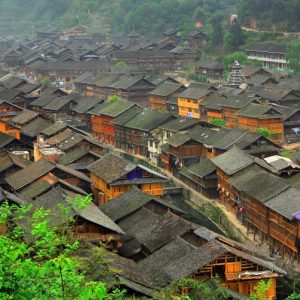 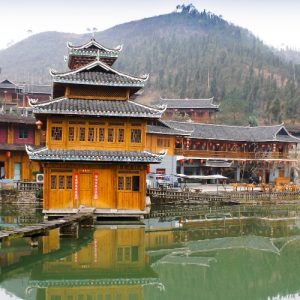 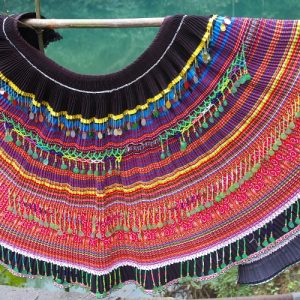 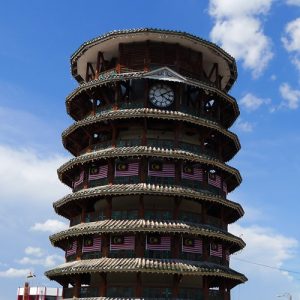 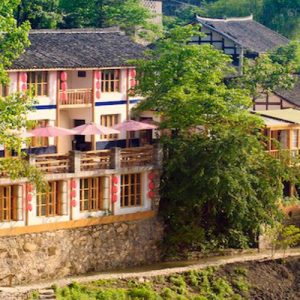 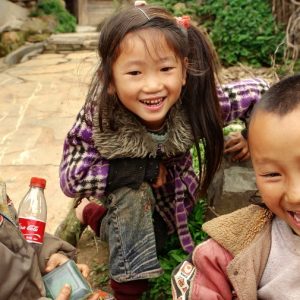 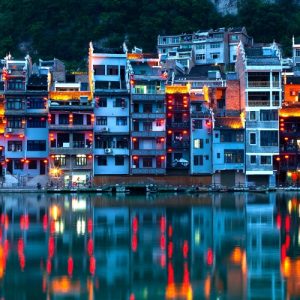 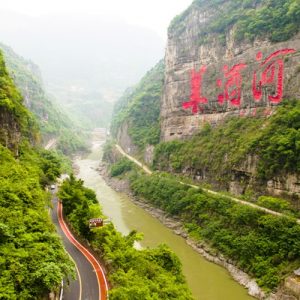 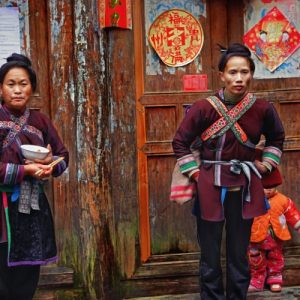 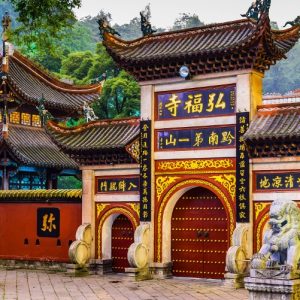