Travel photos of the West Lake in Hangzhou

Presentation of the West Lake in Hangzhou

Lake Xi or literally West Lake is located southwest of Hangzhou in Zhejiang Province. It is a beautiful lake surrounded by small mountains and forests on 3 sides and bordered by buildings and dwellings in the East. consist of a large lake and several small lakes (Lake Yue, Lake Xili, Lake Nan, Lake Beili, Maojiabu …).The western part of the lake is crossed by a long road with bridges at regular intervals, which separates Lake Xi from most other small lakes.At the extreme southwestern end of the lake, you can stroll through a large park dotted with small rivers and ponds that are joined to the lake. In the northwest, you can also walk in a similar park.The lake itself is more than 3km long and less than 3km wide. The average depth is a little more than 2m and it covers an area of about 6 km2.The Chinese in ancient times said: “Above there is heaven, below there is Suzhou and Hangzhou”. It seems that Lake Xi is one of the causes of this saying.

What to see or visit when you go to West Lake

Literally “the autumn moon above the peaceful lake”. Located east of the largest island in Lake Xi, Pinghu Qiuyue is composed of pavilions and a platform above the lake. This platform is ideal for admiring the full moon.

Literally “the evening bell of Nanping Hill”. Located south of Lake xi, this hill is less than 100m high but more than one km long. The name refers to the bell that can be heard at the Jinci Temple on the hill that echoes.

Or the two peaks that pierce the clouds. The 2 peaks are the high southern peak and the high northern peak.

Literally “Leifeng Pagoda in the sunset”. From the top of the hill near Leifeng Pagoda you can admire it in the evening. The show is considered magnificent when the sun sets and shines on the Pagoda.

Literally “the spring dawn of the Su Causeway”. It is a viewpoint over the lake located on the road that crosses the western part of the lake. The small jetties and the bridge at this location provide a superb view of the lake.

Literally “observe the fish in the flower port”. Located in the southwestern part of the lake, Huagang Guan yu is a small park with a port and where you can see different species of flowers and fish in the ponds of the park.

Literally “Sinuous courtyard and lotus wind”. Located in the northwestern part of the lake, it is a viewpoint that includes a small park and various small lakes, some of which are filled with different varieties of lotus.

Literally “Persistent snow with a broken bridge”. Located at the extreme northeast end of the lake, it is a must see in winter when there is snow. The bridge appears to be broken because the snow melts in the middle of the bridge, while it persists on both ends of the bridge.

Literally “Dorion singing in the willows”. Located to the south on the eastern shore of the lake, it is a floral park with many varieties of willows in which loriots sing. He was one of the greatest. 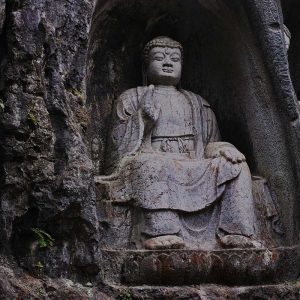 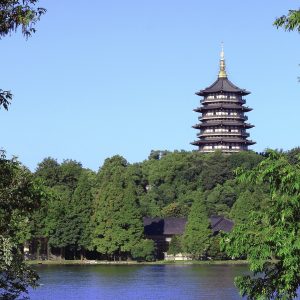 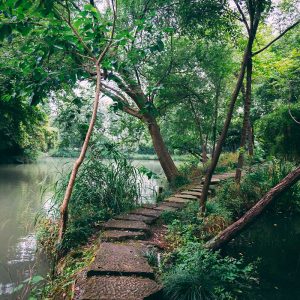 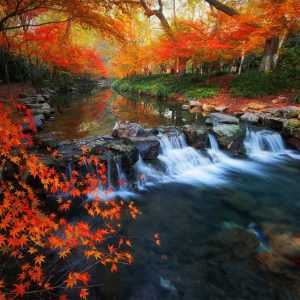 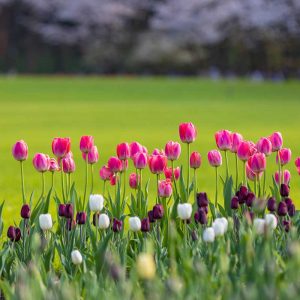 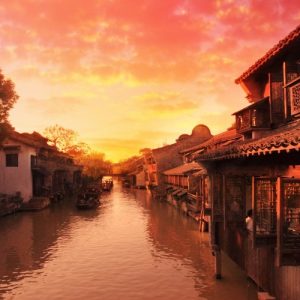