Some pictures of Senado Square and the Historical Center of Macao

Presentation of Senado Square in Macao

Listed as a UNESCO World Heritage Site in 2005, Senado Square, or Place du Sénat, is a pleasant pedestrian zone.For centuries, it’s the urban center of the country and remains today a real cultural and popular place in Macao. Considered by many to be one of the most beautiful places in the city, the square is surrounded by beautiful yellow facades, the last colonial memories.Its floor is paved with black and white mosaics shaped like waves. This work has been done by Portuguese in 1990.Senado Square covers more than 4400m2 and extends to the Ruins of St Paul. You can easily join them on foot, thus offering you a pleasant walk. Ideal for discovering the Church of St. Dominic, the most beautiful of Macao, identifiable with its large yellow and white facade, the Holy House of compassion or the general post office.

Visit the historic center of Macao

With its monuments, combining the styles of East and West, the historic center of Macao is by far the oldest, the most important and best preserved of all China. Its realization is the fruit of more than 400 years of exchanges between China and the Portuguese. Moreover, there are many elements that testify to the Portuguese presence on Chinese territory: squares, buildings, churches, gardens or alleys …Visit the historic center of Macao, it’s discover more than 20 historical sites !

Must see in the historical center of Macao

Find below several photos taken at 360° by our team allowing you a virtual tour of the place as if you were there!

Click on the photo then use the controls at the bottom of the photo to rotate the image 360°, then to access the other photos. 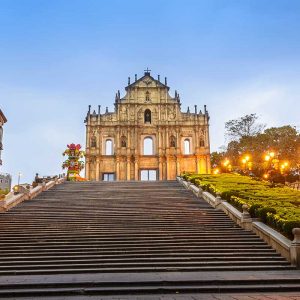 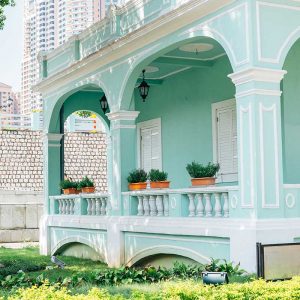 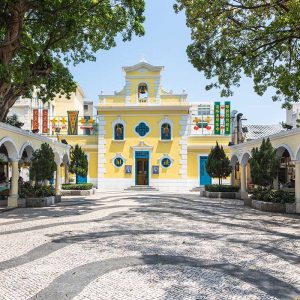